Another fun project jamming with the team at Royale! The majority of my time with this booking was focused on the Destruction Teaser to reveal one of the new characters introduced in this section of the audible series. I had a blast testing different methods to achieve this effect and ultimately landed on time reversing a vellum fluid simulation. Creating the simulation was just one piece of the puzzle, as we then wanted to have the grains resemble tiny rocks and not just simple spheres. This was a great chance to utilize instancing RS proxies onto the 15 million+ sand grains in the simulation. Shoutout to Armin Lotfi for his awesome class on Houdini School that helped me out greatly with this workflow. After we nailed the simulation, it's always fun to fly around and find different macro moments to stage out the story. Eventually we also created a standalone simulation for the macro shots to really maximize the swirling motion that was much more apparent from a wider view.

I also got a chance to help out on Teaser 1 with various sand/particle simulations, in addition to lighting and comping shots on the back half of the spot.

Created with Houdini, Cinema 4D, Redshift, and After Effects. 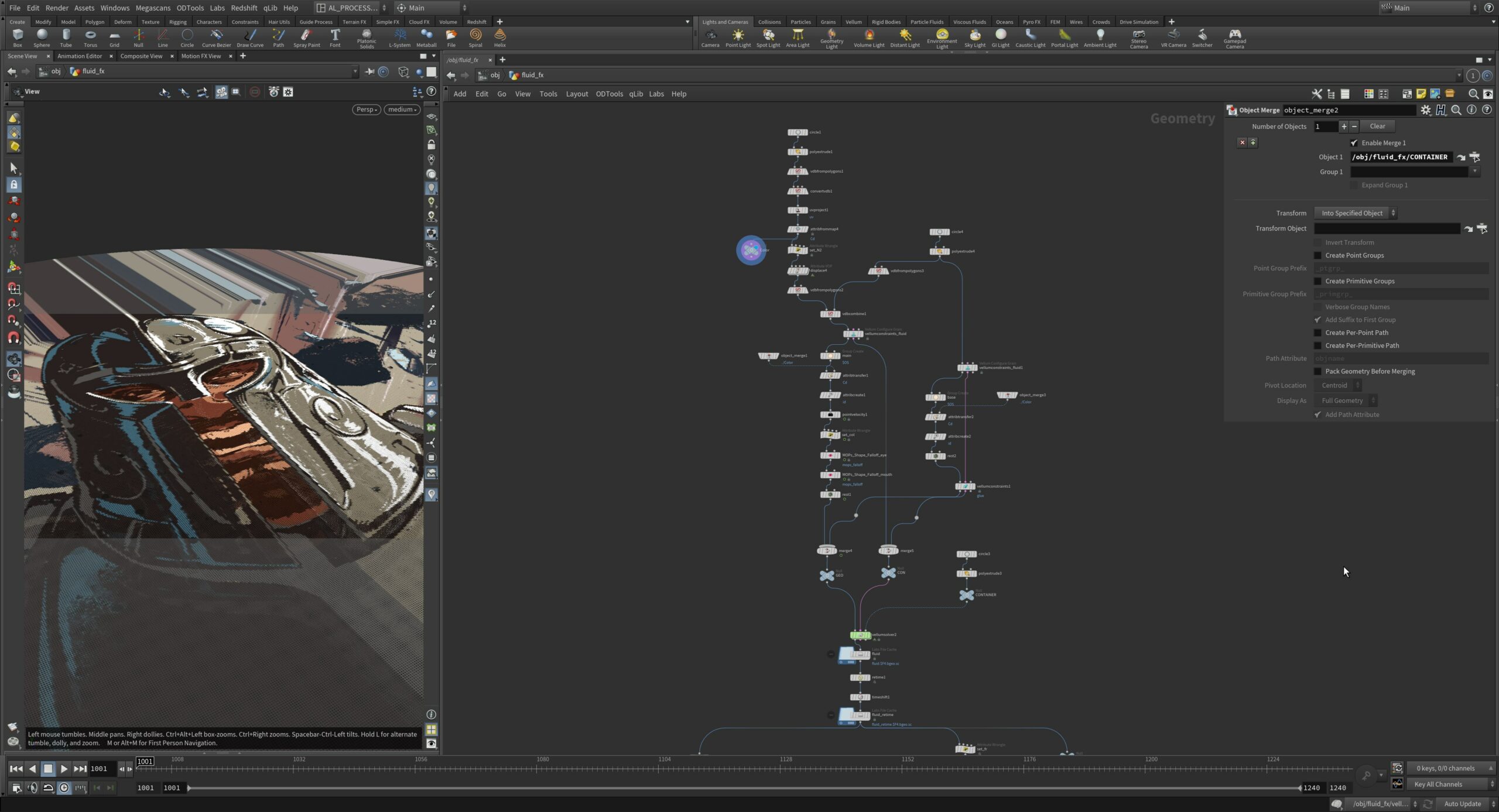